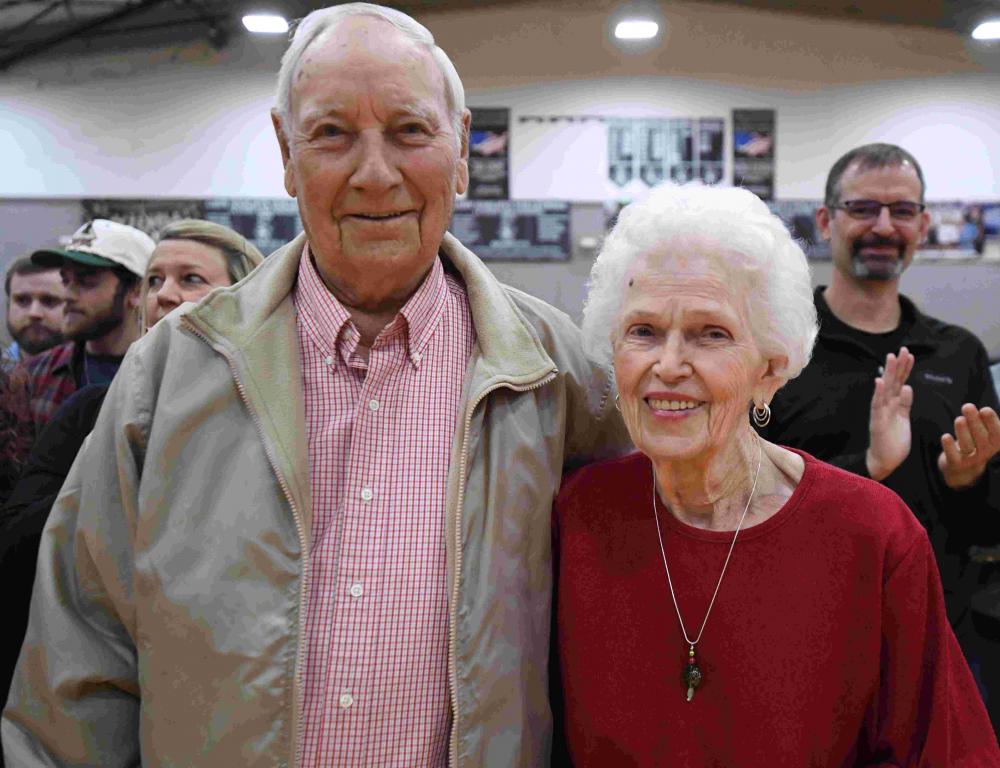 Bill Metzler was honored as a Hometown Hero on February 9, 2022. Here is the text that was read at the ceremony:

We are here tonight to honor Bill Metzler as Lindsay’s Hometown Hero. Over the years, he has served his family and his community with a servant’s heart. He grew up on a farm northeast of Lindsay and has been a lifelong member of St. Peter’s Catholic Church. He attended all of his school years in Lindsay in the original two-story school building and was one of nine graduates from Lindsay High School in 1946.

After graduation, he began his years of service in the military, serving four years in the United States Air Force. Upon his return to Lindsay, he was active in many church groups over the years. He joined the St. Peters’ men’s society and served as treasurer for two years. He served two terms on the parish council, where he was the picnic chairman. He has been an usher in church for over thirty years and still is today! He served for six years on the diocesan cemetery board and ten years, and counting, on the church cemetery board. He was an influential voice for the school as well, serving on the Lindsay School Board for nine years. He was a member of the school’s finance committee that was put in place to raise money for the first high school and later, for the addition of a new grade school.

Alongside his brothers, Bill ran a successful business in Lindsay, Metzler Bros. Barbecue. Always packed after a hometown Friday night football game, it was the place to go to talk about the game and enjoy a barbecue sandwich with a cold beer. Some of our best memories took place within those walls, before it was passed along to nephews Pat and John, who still run it successfully today as Dieter Bros.

Today, at 92, Bill can be found in his workshop creating one wooden cross after another, working to make each one unique and personal. He then lovingly gives them away to those he thinks need them the most or an old friend or a brand new acquaintance. He happily donated 26 inlaid wooden crosses to the members of St. Peters’ first communion class last year.

None of these years of service and dedication to the community he loves would have been possible without Ethel, his wife of 71 years. Together, they have been an excellent example of what it means to be a supportive parent to their six children, not to mention their 23 grandchildren and 15 great grandchildren.

We love you and are very proud of you, Dad and Grandpa, for receiving the honor of Lindsay’s Hometown Hero!