Glenn Block arrived in this world as a special Christmas gift for Anna May Dieter Block and Wilbert "Sonnie" Block on Christmas of 1965. Glenn was born in Gainesville and has lived his entire life in the Lindsay community. Mr. Block is the youngest of the 5 block children. He has two sisters, Natalie and Annette as well as two brothers, Kevin and Tim. As a youngster at Lindsay Elementary School, Glenn received the nickname, “Tic Toc Block" because he often checked the time on the classroom clock. Eventually, this was abbreviated to the now infamous "Tic." Despite Tic Tock Block's impatience with the lengthy school days,, Tic proved to be an able student. He graduated with the Lindsay High School Class of 1984.

During his formative years, Tic participated in numerous extracurricular activities. As a proud Lindsay Knight, Tic was a key member of our successful football and track teams. He worked for Ralph at the Lindsay Grocery while in both high school and college. After graduating from Cooke County College, Tic embarked on his career with Peterbilt Motor Company in 1986. As a loyal and valued employee at Peterbilt, Tic spent many years in the engineering lab specializing in custom truck design and build. After 33 years with Peterbilt, Tic retired in April 2020, hanging up his “Carpool Captain" hat for good. Free of his daily commute to Denton, 1-35 has not been the same without him. Glenn is the first to admit that he has a charmed life. He considers himself a blessed and lucky man. He was never so fortunate as the day of November 5, 1988 when he married his high school sweetheart, Sonya Eberhart. They had been dating since 1983 and are now married for 32 precious years.

Tic and Sonya have built a wonderful family that includes four boys. Joseph Isaac Block is their eldest, married to Brenna Milnar and now have four children themselves: Isaac, Bennett, Owen and Ava. Joey and Brenna live in Rapid City South Dakota where Joey is an accomplished tile mason. John Michael Block, their second son, is a graduate of West Texas A&M, married to Brittany Buchanan and resides in Canyon. They are fostering to adopt baby James. John is a math teacher and coaches at Bushland Jr. High. Next is Travis Glenn Block, soon a graduate from UNT as a construction engineer. He works for Andres Construction and has a mowing business with his longtime childhood friend. He is dating the lovely Kristen Reiter. Matthew Christopher Block is Tic and Sonya's youngest son, also known as Coach Block. He, too, is a West Texas A&M alum, has worked in the radio business in Amarillo, was active in the Catholic Student Center before returning to Lindsay to pursue a teaching career and further discern his vocational life.

Tic and Sonya have made the Catholic Faith and their family the foundation of their lives. Together they have been an integral part of our community. Tic has a giving spirit and willingness to share his time and talent, regularly serving in our organization, fundraisers, Church activities, community events as well as innumerous daily acts of kindness and charity. Tic has served in Lindsay School Boosters, various roles in support of St. Peter's Church as well as Lindsay City Council. Together with his wife, Sonya, they have been dedicated servants and leaders of Faith for our Parish for many years. Tic, much like his father, Sonnie Block, has served several City Councilman terms with great efforts to improve our Lindsay Park and town services. Tic is a long-time member of the Lindsay Knights of Columbus, serving with distinction as Grand Knight. As a charter member of the Friday Night Book Club, Tic often serves to host meetings. Tic Block has been integral credit to this community. Many of us know his generosity. Most of us have been inspired by his talent, blessed with his time and we treasure the gift that he continues to give to us all.

Please join us in congratulating Glenn Block tonight with the "Hometown Hero" Award. May God continue to call Tic to serve our community as a man of action with his remarkable abilities of cooking, engineering, building, repairing, entertaining, land management, counseling, and as a faithful guided servant.

We are thankful to Mr. Block for all he has done for our community.  We are proud to recognize him as our next Home Town Hero! 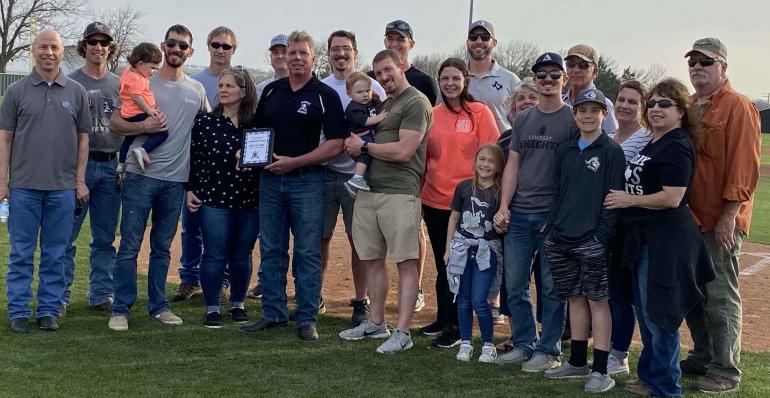 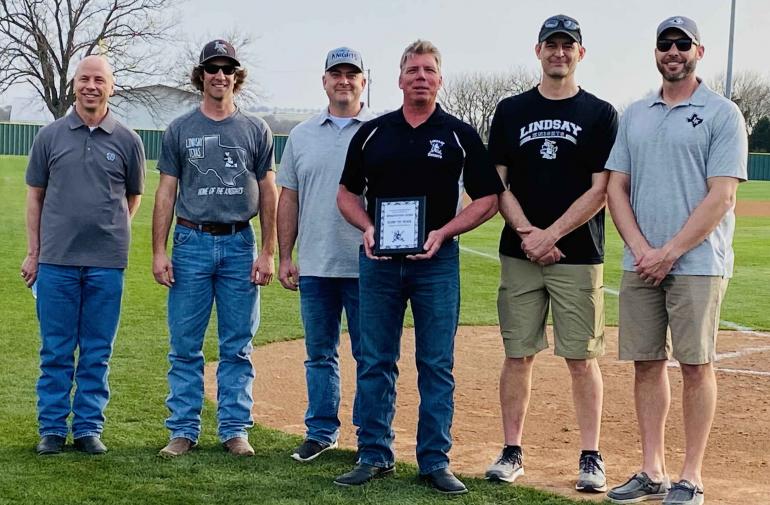