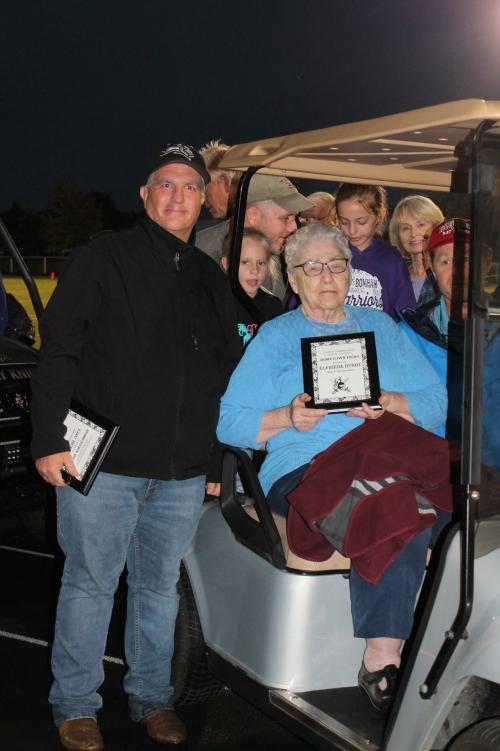 Elfrieda Agnes was born to Clem Hermes and Emilia Rauschuber Hermes on November 19, 1925, on a farm two miles south of Gainesville. She is the third of eleven children. When she was six years old, Grandpa Hermes bought a new farm just north of Linday on FM1199; that farm is now owned by Frieda’s brother Gilbert. She graduated from St. Peter’s High School in 1943.

Her first job was with Westway Sportswear. Later she worked for the City of Gainesville in the tax and water departments. During that time, she lived with her sisters Mary Hundt and Louise Schad. On November 11, 1947, she married Joe B. Hundt, a local farmer, and settled down on a farm just down the road from her family. She and Joe has a double wedding with her sister Louise and her husband Ed Schad.

In addition to farming, gardening, sewing and raising a large family, Elfrieda participated in numerous church activities, working on the Homecoming Picnic and as a member of the St. Anne’s Society. Education was very important to her, so, from 1954 through 1984, she volunteered for numerous school activities and fund raisers. In 1965, she began to work at the Linda Jo Shoe Factory and continued to do so until the factory closed. Later she and her sisters, Louise and Mary, ran a catering service. 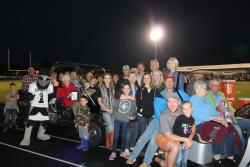 Her husband Joe died in 2004, and Elfrieda continues to live on the family farm she moved to in 1947. She has 20 grandchildren and 13 great-grandchildren.