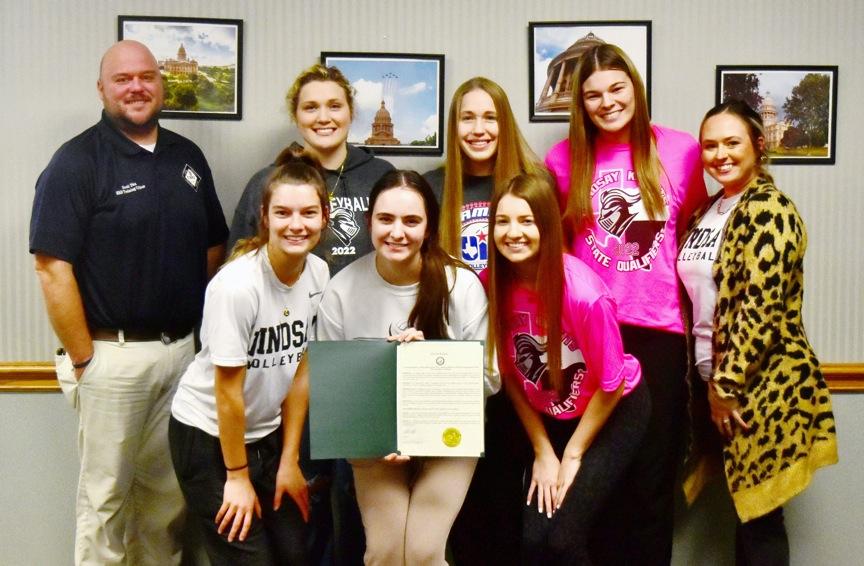 On December 13, the Lindsay City Council honored the Lady Knights Volleyball team for their recent trip to the State Championship. They are pictured with Mayor Scott Neu. Photo courtesy of Steve Snyder of the Lindsay Letter.

The Texas Girls Coaches Association has named several members of the Lindsay Lady Knights Volleyball team to their All-State squads:

Congratulations to all for these accomplishments. 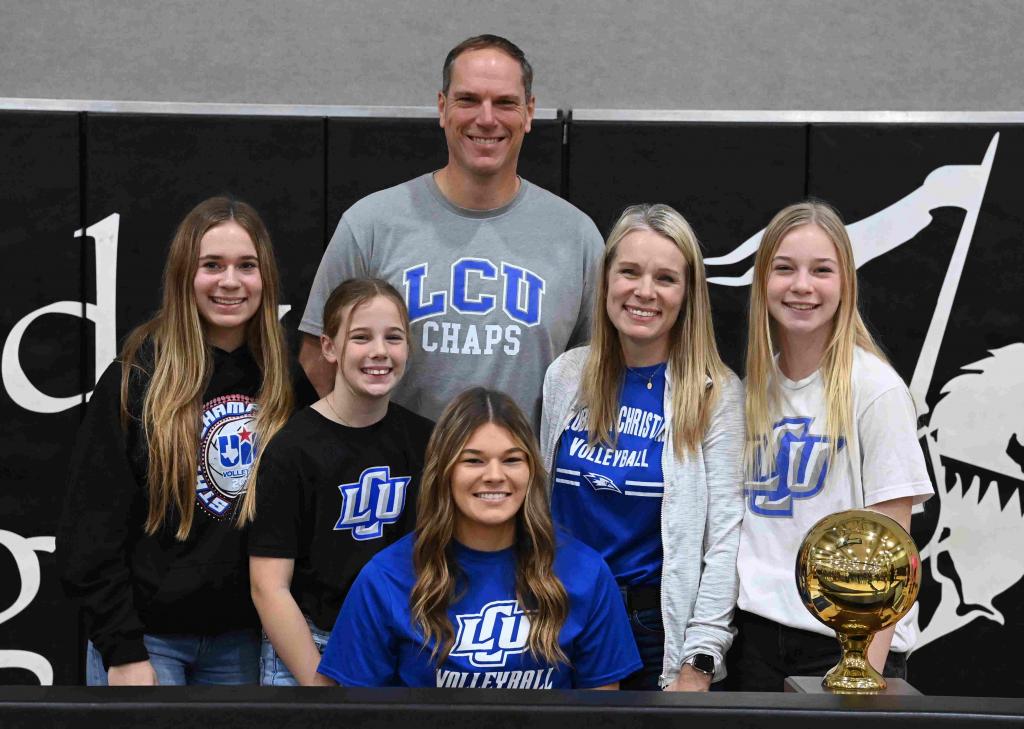 Lindsay High School volleyball standout Tatum Fleitman has signed to play at Lubbock Christian University. The December 8 ceremony was attended by family, teammates, and friends. We have a photo gallery of the event here.

District Awards Announced
The Lindsay Lady Knights had a large number of players named to the 10-2A All-District team:

Congratulations to both of these young ladies for this accomplishment.

Photos of the day’s events are on our photo gallery page. 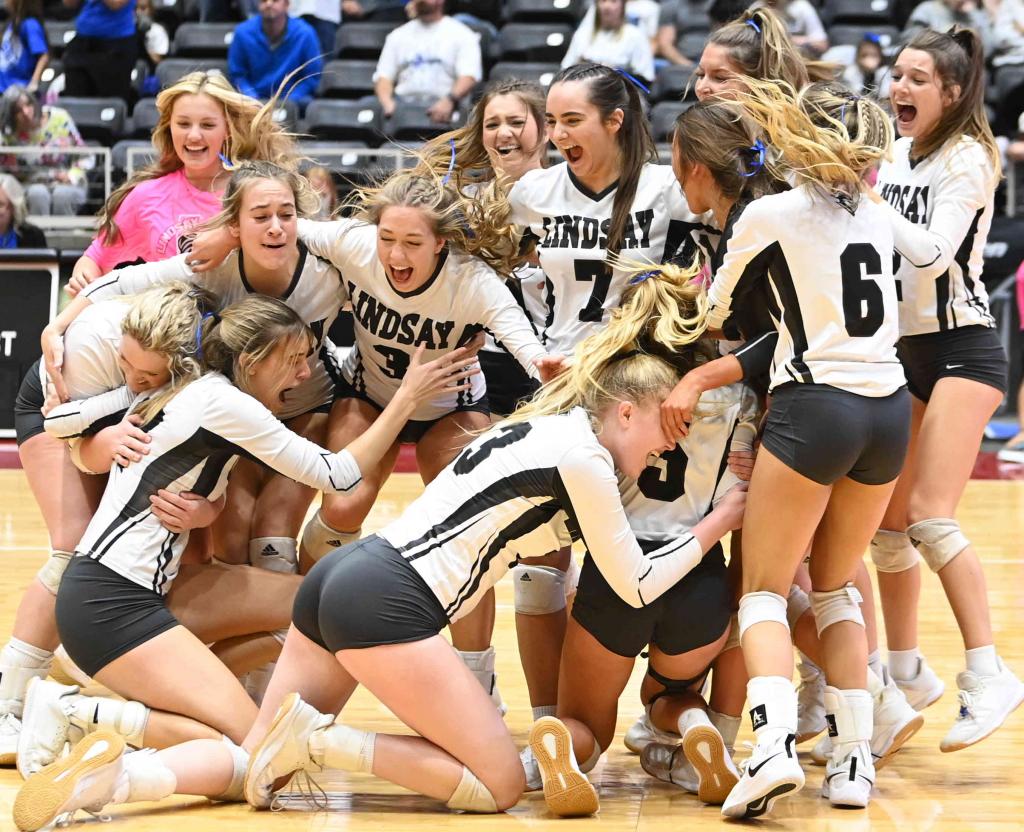 Photos of the day’s events are on our photo gallery page.

PRINCETON-The Lindsay Lady Knights beat Bremond 3-0 on November 12 and punched their ticket to the State Volleyball tournament. Pictures of this game are on our photo gallery page.

PRINCETON-The Lindsay Lady Knights beat Valley Mills 3-0 on November 11 on their way to a Regional Final matchup with Bremond. Pictures of this game are on our photo gallery page. 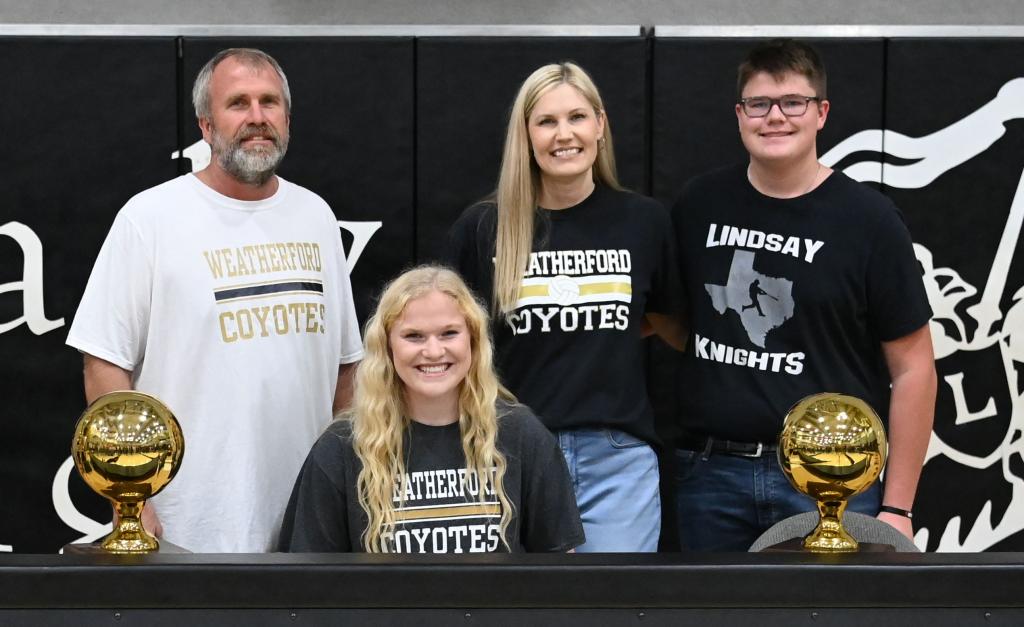 LHS Volleyball standout Abby Hellman has signed a letter of intent to play for Weatherford College. The signing ceremony was attended by family and friends, and we have a photo gallery of the event here.

DECATUR-The Lindsay Lady Knights defeated Nocona 3-1 on November 8 and are headed to the Regional Tournament. Pictures of this game are on our photo gallery page. 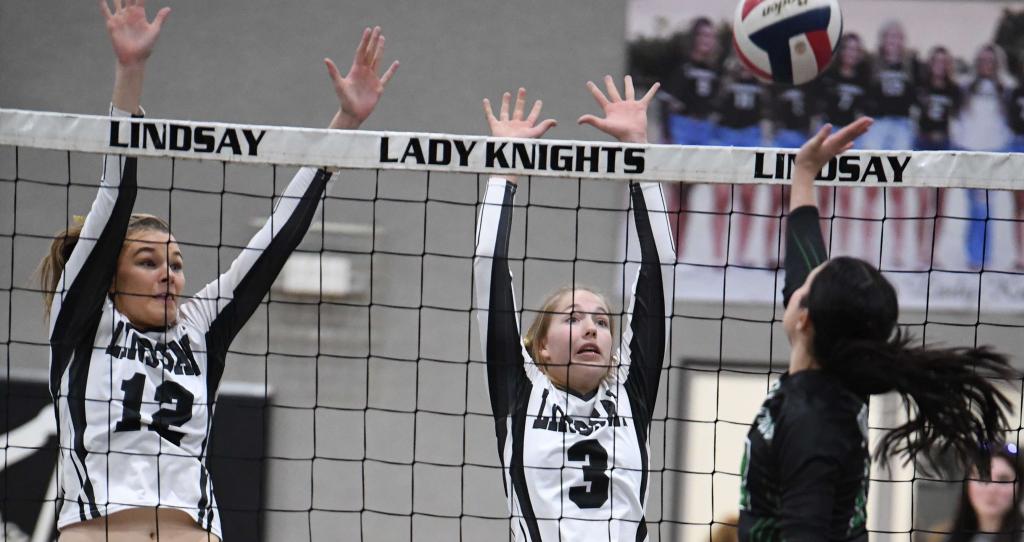 The Lindsay Lady Knights capped off Senior Night with a 3-0 win over Tioga on October 25. The JV1 and JV2 teams also won. 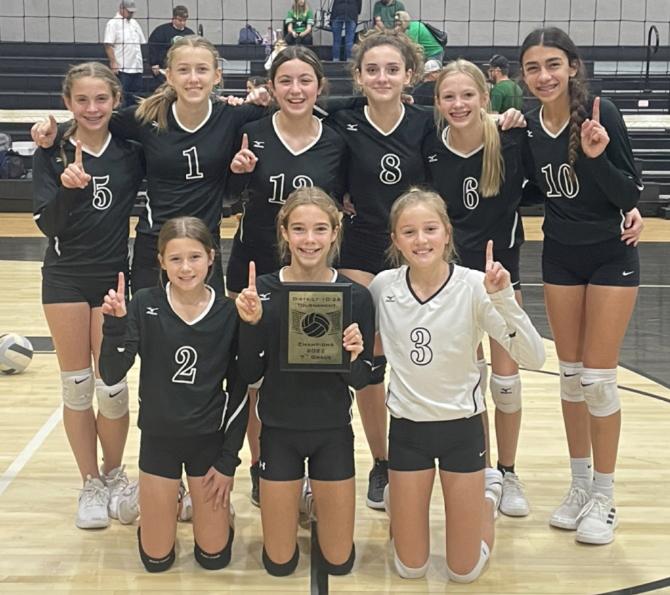 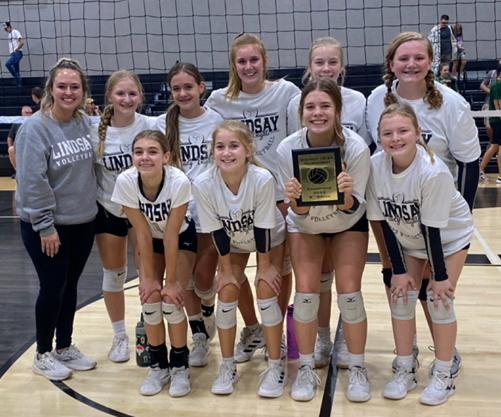 LINDSAY-The Junior High White and Junior High Black Volleyball teams both won their brackets at the District tournament on October 22. Pictures of these games are on our JH Volleyball photo gallery page.

JV Does Well at Nocona Tourney
The Lindsay JV teams played in a tournament at Nocona on September 3, and both teams did well. The JV2 went 3-0 for the day and won the tournament. The JV1 went 2-1 and was second overall. Congratulations to both teams. 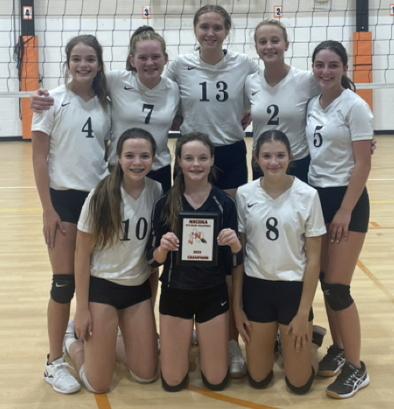 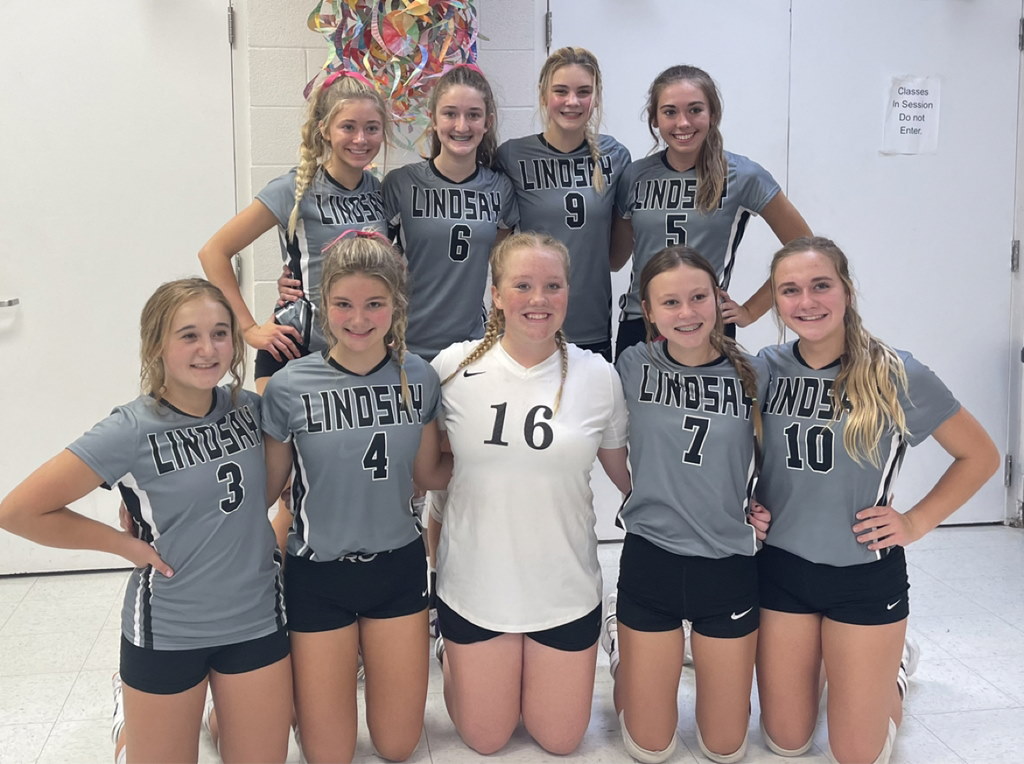 LISD is Using Online Ticketing
Tickets to all Lindsay ISD home athletic events will be sold online this year, and no cash will be accepted at the gate. This includes junior high and high school games. Click here to purchase tickets of upcoming games.

2022 Schedules are Here
The Volleyball schedules for the 2022 season are posted. See them here:

Seventy-one girls took part in the summer volleyball camp that concluded on Wednesday, June 22. Here are the individual awards: